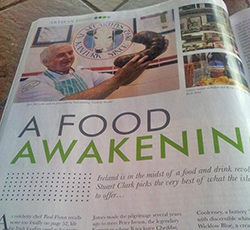 Jack was really pleased to be featured in the Hot Press “Best in Ireland” magazine.

Welcome to the butchers blog where I will endeavor to enlighten you in the dark arts of butchery from entrails to appendix to oxtails, fillets, trotters, grass or grain, fat or finishing, fries and frankfurters I will try to explain our methods and show you a bit of our madness.

Some refer to butchering as a trade for some it is a job, I have even head it being referred to as a vocation by one rather colourful butcher. For others we are simply shopkeepers or traders, but for us we like to refer to our trade as a craft. Bringing livestock to the table requires many varied and different techniques and skills which all rolled into one can be classed as a craft. The family butcher once a dying vision around the country is thriving by cornering a market for customers who want to know the field, breed, age, origin and husbandry of their meat.

From dry curing to dry ageing to tunnel boning, slow roasting, seasonal cuts and pudding making we are always trying to improve our methods and techniques to give the customer a new variety, taste or sensation but also to further our craft. Techniques used generation ago while never forgotten or dispensed have to evolve to market demands but the basics stay the same. We still use the same base recipe for pudding, sausages and curing that have been handed down thru the family for generations while the slaughtering, ageing and primal preparation of carcasses have changed little in the last 100 years except to adapt the best technologies available. Staying true to those methods and techniques is crucial for us and the integrity of our product.

While supplying fodder for the queen may have seemed like treason to my forefathers selling on the Internet could not be fathomed to them. We’ve come a long a way and in the blog I hope to show you a little of how we do it and the ways we do.

Welcome and I hope you enjoy it and at times you may have to endure the odd rant or three.Feel free to interact or comment.

We are proud to announce that McCarthys are now the online supplier of East Ferry top quality poultry products.

The birds are reared on the family farm using traditional methods. All poultry produced by East Ferry Farm are housed in mobile houses allowing the poultry to move freely from field to house.

“There is a huge emphasis publicly to buy quality home grown produce. Here at East Ferry Free Range we felt that this was an opportunity to create a Free Range Poultry brand. We offer an outstanding service to our customers, providing a whole range of high quality free range products and satisfying the most demanding requirements with due regard to all EU legislation.” 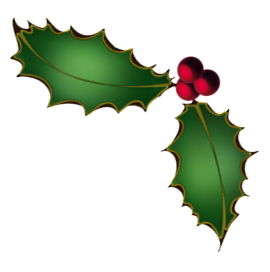 We wish all our customers and friends a wonderful Christmas.

The Online Shop is now closed for orders and business will resume on 2nd January with deliveries on 4th.

The McCarthy family has been in the meat business for almost 120 years, and now Jack and his son Tim are giving old traditions a new twist with a creative range of products that appeal to young and old alike. McCarthy says he wants his products to appeal to everyone, rather than just foodies. ‘‘I want middle of the-road, everyday specialities, not just the exotic types of things,” he says.

However, despite managing to appeal to all customers, McCarthy’s range of gluten-free sausages, dry cured bacon and spiced beef has also caught the eye of many a foodie. His meats are used in many high-end restaurants around the country, have won a host of awards and also got the thumbs-up from the Bridgestone Irish Food Guide.

All the meat he uses is 100 per cent Irish and sourced locally whenever possible. The various flavours that infuse his meats come from a combination of ingredients, such as organic herbs, spices, honey, Irish whiskey and Guinness. As with the meat, using Irish ingredients to add flavour is also something that McCarthy considers important.

He says that he constantly updates his product range to reflect the flavours of the season. For example, last Christmas, his Guinness and cider spiced beef proved popular with customers.

Other favourites include honey-cured roast pork and Irish whiskey dry-cured bacon. For sausage lovers, McCarthy has a range of gluten-free sausages in flavours including chive and cheese. He says that most traditional sausages have about a 10 per cent rusk content in order to absorb moisture.

To produce a gluten-free alternative, he uses soy based products instead of rusks. His gluten-free sausages are proving increasingly popular, with McCarthy tipping it as a large growth market for his business.

The gluten-free range also includes pork and apple burgers, beef burgers and lamb burgers, and he also produces black and white puddings. McCarthy recognises how food tastes constantly evolve and his enthusiasm for new products reflects this – he is considering introducing a new meatloaf product in the year ahead, among others.

If the sound of his products appeals to your carnivorous side, you can buy his products direct from his shop in Kanturk and from a selection of local delis. A limited online service is also available fromwww.jackmccarthy.ie.