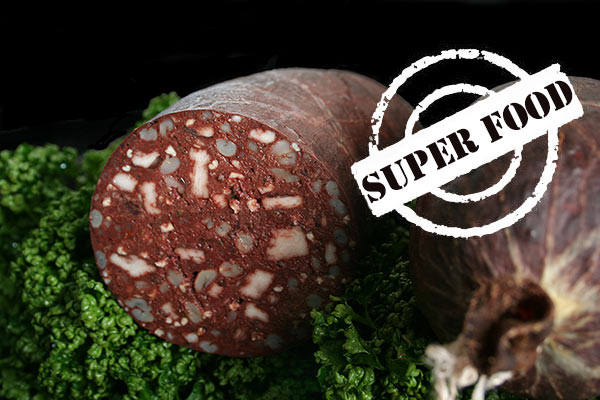 At McCarthy’s we take huge pride in our black pudding so we were delighted to see it being celebrated as a new “Super Food” in the media this week.

According to a report from the Daily Mail, black pudding has joined seaweed, black beans, avocado oil, teff grains and birch water as key superfoods for 2016.

Two slices of black pudding provides the recommended daily amount of iron for an adult man.

Another reason that black pudding is such a good thing is because it contains offal. Offal is used a lot by celebrity chefs but not so much in modern homes. By eating offal we ensure that all the animal is consumed and we reduce waste. This is a very good thing for the planet.

You don’t need to serve your black pudding in a greasy fry up – if you really want to reap the benefits of Black Pudding you should grill it and serve it with a salad or accompany it with a risotto of grains such as pearl barley or brown rice.